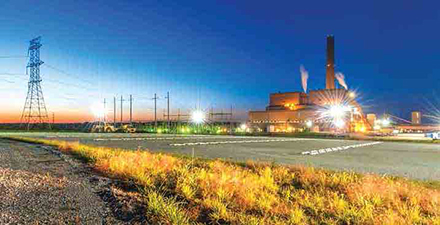 Hoosier will purchase 100% of the plants energy and capacity through May 2023, reducing purchases to 22% of energy output and 32% of its capacity beginning in June 2023 and through 2025. The companies existing renewable PPA, signed in May 2021 and representing 150 megawatts (MW) of solar generation and 50 MW of battery storage, will be retained, with its start date delayed until Meroms eventual retirement.

This transaction provides Hallador the opportunity to be an integral part of the much needed capacity, reliability and resiliency the grid needs in the near term, while creating a pathway and structure to convert the facility to renewable energy when market signals and evolving grid infrastructure indicate it is time, said Hallador Energy CEO Brent Bilsland. We are grateful to Hoosier Energys management team and Board of Directors for working diligently with us to bring about this opportunity for Hallador, the citizens of Sullivan County and the dedicated employees who choose to work at Merom generation station.

Earlier this year, Hallador Energy announced expansion plans for its Sunrise Coal operations in Indiana. The Oaktown Complex, which produces more than 6 million tons per year from the Oaktown Nos. 1 and 2 room-and-pillar mines, recently started two open-pit mines, Freelandville and Prosperity. The coal from those surface mines will be trucked to the Carlisle prep plant at the Oaktown Complex, where it will be washed and blended with Oaktowns production. Over time, up to half of Sunrises coal output could be consumed annually at the Merom power plant, securing long-term demand for the mines large reserve base.