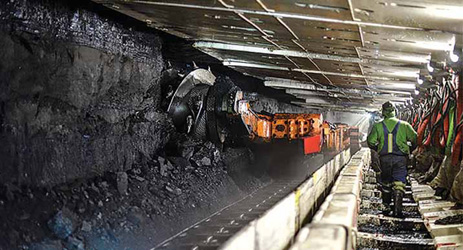 Warrior Met Coal operates three longwalls and a prep plant near Tuscaloosa, Alabama, USA.
More than 1,000 miners at Warrior Met Coal Inc., which includes the No. 4 mine, No. 5 preparation plant, No. 7 mine and its Central Shop, walked off the job on April 1 at 11:30 p.m. The United Mine Workers of America (UMWA) was renegotiating a contract with Warrior Met that expired on April 1. The UMWA reached a tentative agreement with the company on April 6, but rank-and-file members rejected it on April 9. The members remained on strike as this edition was going to press.

The terms of the agreement were not disclosed. Warrior Met Coal said it has been working in good faith to reach an agreement. Throughout negotiations, our sight has remained on the future  to provide our employees with a competitive package while protecting jobs and the longevity of the company and its workforce, the company said.

It said it will continue to work with the UMWA to find a package that theur employees will appreciate. While we are disappointed that the UMWA has taken this extreme step to declare a strike while we continue to negotiate in good faith, we have continuity plans in place to continue meeting the demands of our key customers, the company added.