Murray Emerges From Bankruptcy as ACNR 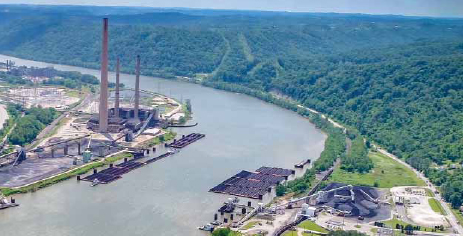 A major Ohio Valley coal producer restructures its debt.
Murray Energy Holdings Co. and its subsidiaries Chapter 11 bankruptcy plan was approved and went into effect on September 16, making way for a new entity. The company completed the sale of nearly all of its assets to a company owned by a group of its former creditors. American Consolidated Natural Resources (ACNR) was formed by the group and now owns and operates nine former Murray Energy mines in five regions in the United States. In addition, ACNR will manage and operate the Foresight Energy mines and the Murray Metallurgical mines through two separate management services agreements.

The restructuring transactions eliminated more than $8 billion of Murrays debt and legacy liabilities and allowed ACNR to access new financing, providing ACNR with enhanced financial flexibility. Robert D. Moore, who was took over as president and CEO of Murray Energy from Robert Murray following the companys bankruptcy announcement back in October 2019, will serve as ACNRs president and CEO.

Through the efforts and sacrifice of our dedicated employees, the United Mine Workers of America, our secured lenders, and our trade partners and customers, we are a much stronger company today than we were when we sought Chapter 11 protection, Moore said. He added that more than 4,000 people will remain working at ACNR. ACNR entered into a new collective bargaining agreement with the United Mine Workers of America (UMWA), which was approved back in May during the bankruptcy process.

UMWA International President Cecil E. Roberts said, As per the agreement ACNR signed and that was ratified by the UMWA membership in May, all active UMWA members who formerly worked for Murray Energy have been hired by the new company and are working. ACNR is the largest privately owned coal company in the United States and said it will produce approximately 35 million tons of high-quality bituminous coal annually.