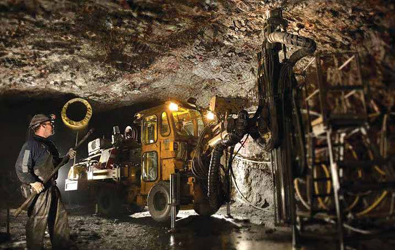 Miners are returning to work at Heclas Lucky Friday mine near Kellogg, Idaho.
On Monday, January 6, by a vote of 86 to 78, union members of the United Steel Workers (USW) Local Union No. 5114 accepted an agreement between USW and Hecla Mining Co. at its Lucky Friday silver mine in the Coeur dAlene Mining District in northern Idaho. This agreement will end a strike that began in March 2017 due to Heclas proposed changes to miners health care, scheduling and bonus pay that the miners deemed unfair.

The union had previously rejected a tentative agreement on December 16. Shortly after, Hecla announced it was committed to getting the mine back to full production and would be hiring more contractors. On December 20, the union came back to the bargaining table with Hecla. We bargained for more than five hours with much dialog and requests for information, Staff Representative Tim Swallow said on the groups Facebook page. Some of these issues discussed included picket line terminations and the return to work physical and essential functions test, he added.

In a letter to union members, the negotiating committee said the strike settlement agreement also retained the $1,000 signing bonus for all bargaining unit employees not separated from Hecla, after they complete a physical and drug test. Employees will also retain seniority accrued since March 2017. Hecla Mining said it anticipates re-staffing of the mine to take place in stages, with a ramp-up to full production levels expected by the end of 2020.