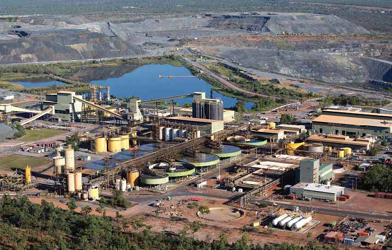 ERA determined it would need extra funding to rehabilitate the Ranger Project (above).
(Photo: ERA)
Rio Tinto will support Energy Resources of Australia Ltd.s (ERA) plans for a renounceable entitlement offer to raise $324 million for the rehabilitation of the Ranger Project Area in Australias Northern Territory. As a 68.4% shareholder in ERA, Rio Tinto will subscribe to its full entitlement of approximately $221 million. Given ERAs inability to secure third-party underwriting support, Rio Tinto has also agreed to fully underwrite the offer to ensure ERA has the funds it needs to meet its current rehabilitation obligations.

We take mine closure very seriously and ensuring ERA is able to fund the closure and rehabilitation of the Ranger Project Area, through participating in this entitlement offer, is a priority, Rio Tinto Group Executive Energy & Minerals Bold Baatar said. We have committed to supporting this offer with the objective of ensuring ERA is in a position to rehabilitate Ranger to a standard that will establish an environment similar to the adjacent Kakadu National Park.

Under the terms of its mining approvals, ERA is required to end mining and processing activities at Ranger by January 2021 and complete final rehabilitation by January 2026. On February 8, ERA finalized its closure feasibility study for Ranger Project Area rehabilitation, resulting in a material increase in anticipated rehabilitation costs. Following this increase, ERA advised it needed extra funding to meet its rehabilitation obligations to the commonwealth government, northern territory government and traditional owners. The Ranger rehabilitation expenditure is not expected to generate any direct financial return for ERA.