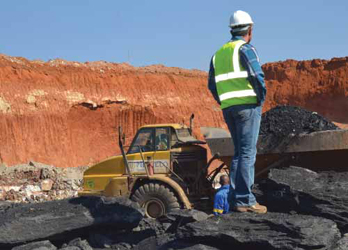 Mbuyelo operates three open-pit mines in South Africa. (Photo: Ichor Coal)
Africa Coal Partners, a separate entity set up and managed by Duet Group, announced its acquisition of a 45.18% stake in Mbuyelo Coal Pty. Ltd. from Ichor Coal N.V. The agreed purchase price was set at 95 million euros ($106 million) with the transaction expected to close in the first quarter of 2020, once regulatory requirements have been completed.

CEO and Co-founder of Duet Group Henry Gabay said, We are very excited by the opportunities offered by the coal industry in South Africa. South Africa is not yet in a position to switch completely into green energy, hence coal will remain a key component of South Africas energy portfolio for the foreseeable future. Reliable power production remains at the heart of Africas industrialization and its ability to lift its citizens out of poverty.

Commenting on the transaction, Rirhandzu Siweya, CEO of Mbuyelo, said, I welcome the arrival of an African-focused investor that will help us grow and seize new opportunities in a very interesting environment for local coal players.