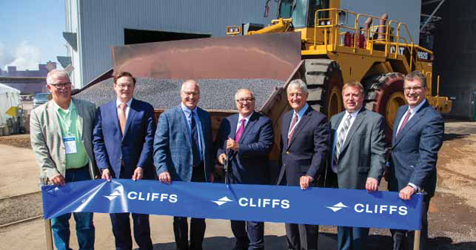 Cleveland-Cliffs broke ground for the project in March 2018, and the execution of the project concluded after nearly 500,000 labor hours of work. The project employed 150 people at peak construction, which included management, craft and labor.